A team including former Lincoln City players will feature in a charity football match in memory of Peter Burr this week.

Peter died suddenly due to a heart attack two years ago. His son Gary Burr wanted to show his support of the British Heart Foundation where he is fundraising manager so he set up a charity football team called BHF FC. 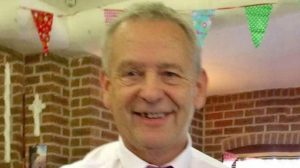 BHF FC will take on the Lincoln City Former Players Association with the match kicking off at 7.3pm. Tickets are priced at £2 per adult and free for under-16s with donations welcome.

The match will feature some memorable names associated with the Imps including Simon Yeo, Dean West, John Schofield, Gavin Gordon and Danny and Mark Hone.

The match has been organised by Gary with over £4,000 raised for charity in previous events. This year they are aiming to beat the 2018 total of £2,000 raised for the British Heart Foundation. 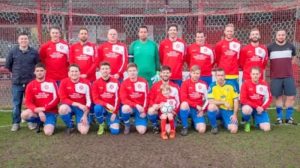 Gary said: “We play a number of games a year raising awareness and fundraising for The British Heart Foundation and it is a real privilege to be playing for The Peter Burr Memorial Cup against the Lincoln City Former Players Association.”

Former Imp Gavin Gordon added: “I’m excited and honoured to be involved in supporting such a great charity on behalf of the Lincoln City Football Players Association.

“Everyone, I’m sure, has unfortunately been affected or may know someone who has suffered from heart problems, and the British Heart Foundation are doing some great work to help reduce this. I’d urge all fans of football to come along and see some of your favourite players playing and supporting a great cause.”